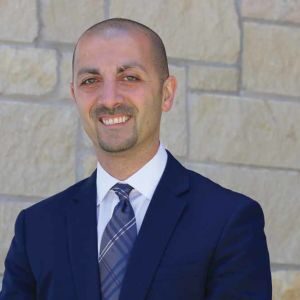 Gilbert Sayegh, MD completed his undergraduate studies at the University of Houston and earned his Doctorate of Medicine at Universidad Iberoamericana (UNIBE) in Santo Domingo, Dominican Republic. He then completed two years of  General Surgery at Staten Island University Hospital, followed by a second residency in Obstetrics and Gynecology at Texas Tech University Health Science Center, during which time he served as Chief of Residency. Dr. Sayegh is Board Certified by the American Board of Obstetrics and Gynecology.

Dr. Sayegh is a member of the American Congress of Obstetricians and Gynecologists and American Association of Gynecologic Laparoscopists. His career is punctuated with many outstanding contributions to the discipline of medicine. He has conducted and participated in several professional research projects, presentations, publications, and papers. He has also been awarded several professional recognitions, including Best Laparoscopic Surgeon and Best Gynecological Surgeon during his time at Texas Tech University Health Science Center, and the 2013 Physician of the Year award during his practice at West Houston Medical Center.

Dr. Gilbert Sayegh speaks English, French, Spanish, and Arabic fluently, which makes him widely accessible to patients from a variety of cultural backgrounds. He takes great care to treat each patient like he would want someone to treat one of his good friends or a member of his own family.

In his spare time, he enjoys spending time with his wife and two children, attending college football and basketball games, and traveling.